The spread of co-living in the Netherlands

Communal living has long been a legitimate and sought after lifestyle choice in the Netherlands, with its history stretching back many years. More recently, the model has encompassed more than just cohousing for families, with provision for a more diverse market.

Cohousing in the Netherlands initially surfaced in the 70s under the title “centraal wonen” – a set of homes split into clusters with communal facilities such as kitchens and gardens. These were designed to create a sense of community beyond the traditional family, with meals, parties and other get togethers arranged for residents. Since then the market has expanded.

This is in part thanks to an active effort by the communal living community to share their ideas beyond the walls of their communal clusters, following the creation of the Dutch Federation of Intentional Communities. They maintain a website to find information about co-living communities that suit interested individuals, developed networks between these communities, and even organised a national communal living day (May the 16th for those interested), where doors are left open to outsiders to come and see their home environments.

Through efforts like these over 10,000 communities now exist, in various forms.  What has been particularly interesting in the Dutch model is that this communal living has attracted more and more individuals, not just families, with over half the people within these single.  The size of these “clusters” has also generally decreased, making a communal living environment more reminiscent of a more intimate house-share.

These factors combined offer a clear opportunity for single people towards the middle of their lives to find a home that offers more than just a roof over their head. The options for communal living in the Netherlands ranges from to urban-based Amsterdam cohousing such as Vrijburcht which is open to individuals at all stages of their life, to flagship projects such as Zoku, a Co-Living project aimed at those who self-identify as “global nomads”.

Peter Bakker of the Community Housing Federation highlights that for the majority of the people within these projects living communally has been “purely a lifestyle choice” rather than down to financial or social push factors, with those searching for a community in which to belong and to enjoy.

Much like the Danish model, the Dutch show the durability of the co-living model, evolving with the times to remain relevant, as well as showing the success of the PR work done by these organised communities in voicing their ideas and bringing a diverse range of new members into the fold. The fact that it remains a lifestyle choice, rather than a necessity, paints an optimistic picture for the future of co-living in the Netherlands. 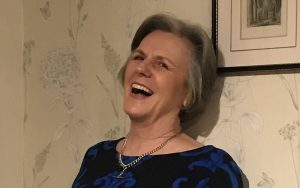 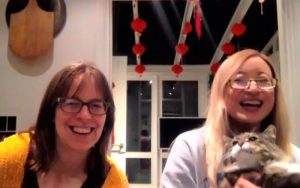